In organisational leadership, things always flow from the top down.

The tone of an organisation is set by the CEO or the business owner. This principle is also true within subsections of the organisation. The section manager sets the tone within their section, and the team leader within a team.

By tone I mean:

In some organisations there is an excellent flow of ideas, energy and creativity from the lower levels up to managers and leaders. I guarantee that this would not have occurred if it had not been enabled by savvy organisational leadership. 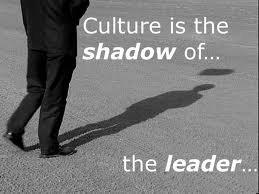 If a leader has been in their role for 3 years or more, the culture of the organisation is either what they have set or what they have allowed. People are now familiar with their personal tone. The vision, strategies, policies and practices of a previous leader may still be followed but the tone will now be the direct responsibility of the new leader. However, the new leader can no longer blame the past leader for poor results. Whether employees or customers/clients are positive about their experience with the organisation can be traced to the leader’s tone.

In large organisations a toxic culture can take up to 2 years to turnaround, and usually requires hiring an independent consultant to lead the organisation through a culture process, starting with the CEO and senior managers.

Many leaders do not realise that they set the tone of their organisation.

When I see a great school where students are happy and settled, where teachers are investing their time and talents gladly and where educational results are rising, then I can guarantee the Principal is a good leader. When there is poor morale, relationship conflict, lack of motivation, and an unsettled atmosphere, it is due to an insecure or undisciplined leader who through their inconsistency is setting a negative tone through the whole organisation.

If you are involved in organisational leadership, what tone are you setting for those who you influence?

Is the culture of your organisation or business healthy, making it a great place to be each day?

If you would like to speak to John Drury about working with you to bring about culture change or organisational leadership change please contact via email: john@johndrury.biz