How Not To Be A Leader 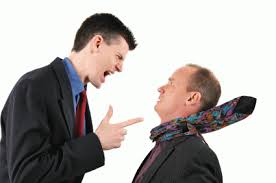 ‘Leadership’ can most simply be defined as ‘the capacity to influence’. These 10 things, if left unchecked, will totally undermine your influence. If you want to know how not to be a leader, here are 10 things I have learned….

How not to be a leader: All of these things are in the realm of what I call Self-Leadership. They prove the old adage that the first person you must learn to lead is yourself. And if you cannot lead yourself well then then you will never be able to successfully lead others.

A Positive Challenge: Sometimes we are good at seeing others faults but blind to our own. I know I have been. If you are serious about growing to be a leader then I suggest you ask a trusted friend or mentor to tell you if you have any of these or any other attributes that are killing your leadership influence.

Are there any other things that you would add to this list? I’d love to hear your comments.