Feeling Out Of Control? 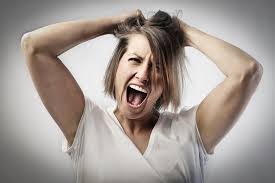 Most of us hate feeling out of control.

The wonderful idyllic scene in most people’s minds involves the sense of achievement upon the completion of a large project like moving into a new house. We warm to the vision of walking outside on a summer’s evening when everything is peaceful and all aspects of life and business are working well.

We all know that in order to achieve that or any kind of dream a lot of hard work is required. Mostly life is a journey towards a vision of a better future, and therefore much of the time there are incomplete projects all around. This sense of being incomplete, the pressure to finish things, and the many things that can go wrong along the way cause all of us stress at various levels. Depending on how we view things, and how important an issue is to us, we can start feeling out of control.

How Different Personalities Cope With Stress

What happens to each of the D.I.S. & C. personality styles when they become pressured or start feeling out of control? Under pressure we can tend to become more rigid, even inflexible. We will operate almost automatically in ways that take the least energy for us. It is interesting to observe some of the differing actions and reactions that may occur. [NB. These are useful generalisations but will not necessarily describe an individual’s response in all stressful situations].

When Feeling Out Of Control: – D styles – This is their biggest fear! They can get caught up in power struggles and in their fear of losing control start to manipulate people. D Styles can become too goal oriented, just wanting the project done, finished. They can become impatient and in their frustration change too many things out of a desire just to make things happen.  D styles often find it difficult to relax and can create insecurity in people around them by their constant changes. In their desire to simply make things happen they can delegate responsibility but without corresponding authority which can set people up to fail.

I Styles – Focus even more on trying to impress people, and maintain their popularity. They can become hectic, or even chaotic, unable to focus on one thing at a time, and try to do too many things all at once. I Styles can be be too optimistic that things will work out, and make promises which cannot be delivered. They can trust other people too much, in hope that things will work out. When feeling out of control, I styles can delay difficult decisions especially where it means possibly offending others. They will fall out of routines and leave basic things undone, often making basic mistakes by being careless. In stressful times I styles can become restless and even more talkative, and lose their patience to listen. 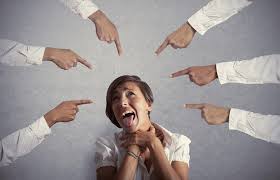 S Styles – Can become stuck and afraid to make big decisions. S Styles are big on traditions and familiar practices and when stressed look for rules to follow even when there aren’t any. They can become paralysed with self doubt, often becoming very quiet as they over-analyse things. S styles often feel threatened by change and under pressure become even more cautious to make even little changes. Sometimes they can feel disempowered and just give up and go with the flow because they do not want to make a fuss. When feeling out of control, they would like to become invisible and disappear. Other times they can surprise and become very angry and protective on behalf of people they perceive to have been treated unjustly.

C Styles – Can become focused on unimportant details in a way that loses the big picture. C styles fear of failing and making mistakes can cause them to over-think and hesitate from beginning new projects. They can become even more detail oriented and talk in a way that is overly complicated and that does not give a clear opinion. They can become even more task oriented, and forget people, especially people’s emotions. C styles do not like strong emotions and will often pull back from a tense situation, looking for a way to escape.

So, just as each style has different strengths so they have differences when they are feeling out of control.