Adrenaline and Stress is the name of an excellent book by Dr Archibald Hart. In this book he talks about the dangers for the Type A personality, the typical high achiever with workaholic tendencies, who lives with high levels of stress in their world. Stress produces adrenaline in our system which is the body’s way of helping us cope with pressure. The fight or flight mechanism within us releases adrenalin which is intended to give us the burst of energy we need to either fight or flee whatever is causing the stress.

The challenge for human beings is that we were not created to live on adrenaline. The need for the excitement or buzz that comes with the pressure related to a ‘work hard, play harder’ lifestyle becomes strangely addictive. 21st century living with so much stimulation all around us all the time is far more stressful than many realise. We are used to living with moderate to high levels of stress. We watch television, and also catch up on emails, twitter, and FaceBook. We watch a sporting event but are uploading photos to FaceBook, connecting with friends, taking a quick business call, all at the same time. Just sitting and watching a movie or TV program with all our attention and focus seems very slow to us. Just being quiet, sitting still and winding down is almost a foreign concept for some.

And this is even moreso for younger generation who do not know of a time before iPad’s, social media, instant communication and downloadable movies. Our 14 year old rarely makes it through a whole television show with us, and never sits and watches one thing at a time. He is almost permanently connected to his virtual world. 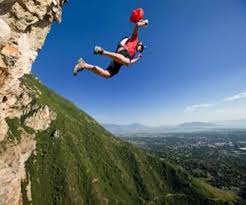 This is also the age of extreme sports. We have coined the term ‘adrenaline junky’ and ‘thrill seeker’ to describe those who love to go to the very limits of danger for pleasure. The scary fact is that it is possible to become addicted to your own adrenaline. We are far more addicted to stress, well actually the adrenaline released by stress, than we realise.

The problem with this addiction to stress, which is really an addiction to adrenaline, is that too much adrenaline is a major contributor to heart disease. Various other physical, emotional and mental disorders are directly linked to a stressful lifestyle. Dr Hart is a psychologist and researcher who shows very clearly the dangers which come from what used to be called a ‘Type A’ personality.

“It was the book that opened my eyes to the connection between stress and the adrenal glands, and the profound affect that prolonged exposure to stress can have on our hormonal system.” (Book review on Amazon)

How to deal with adrenaline and stress

Dr. Hart does not advocate going back to a pre-technology world or lifestyle. However, he does outline many good strategies for slowing down the mind so that stress leaves the body. This book was written in 1995, before social media, and Smart phones. The problems have only multiplied since then. Doctors and psychologists are dealing with the fallout of all the people who have lost their way in a stressful world. It is reported that 25% of all Income Protection Insurance Claims in 2013 were due to stress related illnesses. 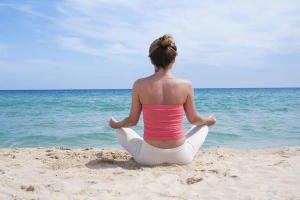 If Dr. Hart updated his book in 2014 he would recommend a regular weekly detox day from technology in which we slow down. A day to connect with nature, to relax and unwind as we disconnect from the virtual world. He would advocate disconnecting work emails from your Smart phone when you go on vacation. Even better, don’t take your Smart phone. Buy a camera and leave your Smart phone at home.

Dr. Hart recommends we learn some form of meditation in which we can become fully present in our bodies in the current moment. This is what has become known as Mindfulness meditation. Others recommend journaling to connect with your emotions and inner world, and to slow down to a point where you can tune into your own natural rhythms. Finding ways to ensure we relax, become centred and are able to process the many millions of messages bombarding our minds every day is critical to deal with adrenaline and stress and remain healthy inside and out in today’s world.